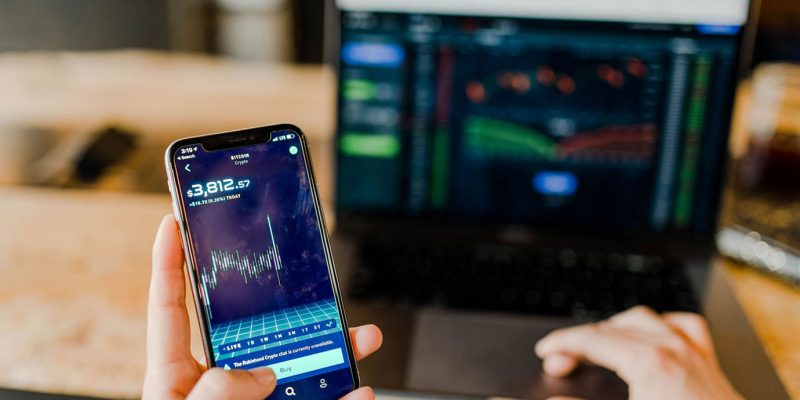 Nikki Haley, the United States Ambassador to the United Nations speaks during a meeting with US President Donald Trump speaks in the Oval office of the White House October 9, 2018 in Washington, DC.
Olivier Douliery | AFP | Getty Images

Nikki Haley, the former U.S. ambassador to the United Nations under former President Donald Trump, has hired key staff and is canvassing potential donorsas she explores a presidential run against her former boss in 2024, according to people briefed on her plans.

Haley is putting together a national finance committee and communications team in advance of a potential campaign, these people explained. Some of the new hires have been directed to report for work at Haley’s nonprofit Stand for America Inc. and her political action committee Stand for America PAC in Charleston, S.C., by Feb. 1, these people added. All of the people who spoke with CNBC asked not to be named because Haley’s plans aren’t public and could still change.

Political consultant Mary Kate Johnson, meanwhile, has been reaching out on Haley’s behalf to major political donors in recent days to gauge their interest in joining the finance committee, two of these people added.

Haley has not formally announced a presidential bid but has strongly hinted at the possibility, recently telling Fox News she was “leaning in” to a potential 2024 White House run and that the Republicans need a candidate who can win a general election against President Joe Biden. A Haley spokesperson did not return requests for comment.

Some corporate leaders have suggested interest in supporting Haley if she runs for president.

Veteran hedge fund manager Paul Singer has donated both to Haley’s nonprofit and her PAC, according to Federal Election Commission filings and a nonprofit record obtained by Politico. Singer donated $270,000 to the nonprofit in 2019 and $5,000 to the PAC two years later, the records show. Billionaire conservative donor Miriam Adelson, the wife of the late Las Vegas Sands Corp. founder Sheldon Adelson, is a key donor to Haley’s PAC, which raised over $17 million in the 2022 election cycle and went into the 2024 cycle with over $2 million on hand.

Singer privately told friends in Trump’s final year in office that Haley could be a strong contender for president, according to a person who overheard his remarks.

More recently, Morgan Stanley CEO James Gorman predicted on the sidelines of the World Economic Forum in Davos, Switzerland, that Haley will be the Republican presidential nominee, according to Semafor.

Representatives for Gorman and Singer did not return requests for comment.

Haley recently hired political consultant Nachama Soloveichik to help lead her communications team if the former South Carolina governor jumps into the race, one of the people said. Soloveichik’s LinkedIn says she has experience working for retired Republican Sen. Pat Toomey’s campaign as well as the Club for Growth, a conservative outside group.

Soloveichik is also listed as a partner at the political consulting firm ColdSpark, which received $405,000 during the 2022 election cycle from Haley’s PAC, according to data from the nonpartisan OpenSecrets.

Haley also tapped Betsy Ankney, a former political director for the National Republican Senatorial Committee, to run the PAC, according to Axios. Longtime Haley advisor Jon Lerner, will likely have leadership roles within a Haley presidential campaign, two of the people said.

Twitter pages for Soloveichik and Ankney both say that they’re on “Team Nikki Haley.”

Johnson, Ankney, Lerner and Soloveichik did not return requests for comment.

Haley has publicly hinted in two recent interviews with Fox News that she could be ready to run for president. “I think I can be that leader,” Haley said in one of them, while declining to explicitly announce a White House bid. She pointed to her experience as Trump’s U.S. ambassador to the U.N. and previously as governor of South Carolina.

Trump, who lost his reelection bid to Biden in 2020, is the only candidate so far to jump into the 2024 presidential race.

Haley’s apparent mobilization for a White House bid is hardly a surprise to anyone who has followed the former governor during or after her time in the Trump administration. She had to bat away questions about a possible 2020 presidential bid while sitting next to Trump in the Oval Office as he announced her departure from the U.N. in 2018.

But her recent moves, and not-so-subtle hints about a run, reflect more urgency at this early point in the presidential cycle than many of her could-be competitors.

Former Vice President Mike Pence speaks to a crowd of supporters at the University Club of Chicago on June 20, 2022 in Chicago, Illinois.
Jim Vondruska | Getty Images

But none so far have been as explicit as Haley. If she is the next to announce a run for president, she will be just the second candidate to have officially jumped in the 2024 race — after Trump.

At least for a time, that would pit Haley directly against Trump, an awkward spot that many Republicans have taken pains to avoid.

While his stature in the GOP may be diminished after his loss to Biden, the Jan. 6, 2021, Capitol riot and the underperformance of many of his handpicked candidates in the November midterms, a slew of polls show Trump remains a dominant force in the Republican Party.

Haley, like other Republican figures who initially swore Trump off after his election-denial claims spurred hundreds of his supporters to swarm the Capitol, reverted to a position of support later on. She even said in 2021 that she wouldn’t run for president in 2024 if Trump was on the ballot.

Former U.S. President Donald Trump announces that he will once again run for U.S. president in the 2024 U.S. presidential election during an event at his Mar-a-Lago estate in Palm Beach, Florida, November 15, 2022.
Jonathan Ernst | Reuters

Asked Friday about possibly backtracking on that stance, Haley said “a lot has changed,” pointing to the Biden administration’s withdrawal from Afghanistan and other issues, such as inflation and “drugs infesting all of our states.”

The 51-year-old politician also made a case for ushering in a younger generation of leaders: “When you’re looking at the future of America, I think it’s time for new generational change. I don’t think you need to be 80 years old to go be a leader in D.C.”

Still, some recent public polls show Trump far ahead of his would-be opponents — including Haley.

A Morning Consult poll released last week, for instance, shows Trump backed by 48% of Republican primary voters, while just 2% of respondents said they would pick Haley.

Another survey published Friday by Harvard CAPS-Harris Poll once again showed Trump winning the support of 48% of Republican voters in a hypothetical primary fight. Haley garnered just 3% support from that poll, which showed her below Pence and tied with Florida Sen. Marco Rubio.

Haley seems undeterred by the early polls. She posted both Fox clips of her discussing possibly running for president on her Twitter page, with one tweet saying “It’s time for a new generation. It’s time for new leadership. And it’s time to take our country back. America is worth the fight–and we’re just getting started.”

Cathie Wood Watch: Ark Unloads Some of a Favorite